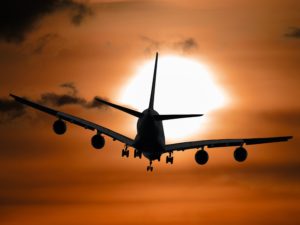 In Flight towards the summer

The new programming, starting on Sunday 27 March, includes over 18,000 scheduled flights , with 38 national and 53 international connections, for a total of 91 connections , including 15 new routes .

Here are the 15 new line connections:

Ryanair, the main European low-cost carrier, increases its capacity in Cagliari by more than 50% with the third aircraft based since May .

Volotea, thanks to its operational base at Cagliari Airport, brings to 11 the destinations of its international network which in Summer ’22 will include, in addition to the 5 novelties in Bilbao, Hannover, Lille, Nice and Strasbourg, also the already tested Bordeaux, Lyon, Marseille, Nantes, Prague and Toulouse.

Lufthansa flights to Frankfurt and Munich are also confirmed.

The Vueling company will continue its annual connection with Barcelona El Prat.

Air France will operate up to 11 flights per week to Paris CDG.

KLM will operate up to one daily flight on the route to Amsterdam.

Also confirmed the presence of British Airways which will connect Cagliari Airport with London Gatwick Airport on a daily basis.

Transavia France will operate up to 3 weekly flights to the French airport of Paris Orly, while Luxembourg will be reachable twice a week thanks to Luxair.

The Swiss capital Zurich will be served up to 6 times a week by the carrier Edelweiss.

Vienna will be reachable twice a week with Austrian Airlines.

Prague will see confirmed the two flights a week historically proposed by Smartwings.

Volotea will, on the other hand, operate on 9 domestic routes and will connect Cagliari with Ancona, Genoa, Milan Linate *, Naples, Pescara, Rome Fiumicino *, Turin, Venice M. Polo and Verona.

EasyJet will fly to Milan Malpensa and Naples.

Wizz Air will serve the airports of Milan Malpensa and Venice.

Neos, on the other hand, will sail to Bologna, Milan Malpensa and Verona.

Finally, Sky Alps will fly to Bolzano once a week.